By Steve Kandell on Buzzfeed [The Worst Day Of My Life Is Now New York’s Hottest Tourist Attraction]:

The fact that everyone else here has VIP status grimly similar to mine is the lone saving grace; the prospect of experiencing this stroll down waking nightmare lane with tuned-out schoolkids or spectacle-seekers would be too much. There are FDNY T-shirts and search-and-rescue sweatshirts and no one quite makes eye contact with anyone else, and that’s just fine. I think now of every war memorial I ever yawned through on a class trip, how someone else’s past horror was my vacant diversion and maybe I learned something but I didn’t feel anything. Everyone should have a museum dedicated to the worst day of their life and be forced to attend it with a bunch of tourists from Denmark. Annotated divorce papers (find an adoption lawyers in case they have children) blown up and mounted, interactive exhibits detailing how your mom’s last round of chemo didn’t take, souvenir T-shirts emblazoned with your best friend’s last words before the car crash. And you should have to see for yourself how little your pain matters to a family of five who need to get some food before the kids melt down. Or maybe worse, watch it be co-opted by people who want, for whatever reason, to feel that connection so acutely. 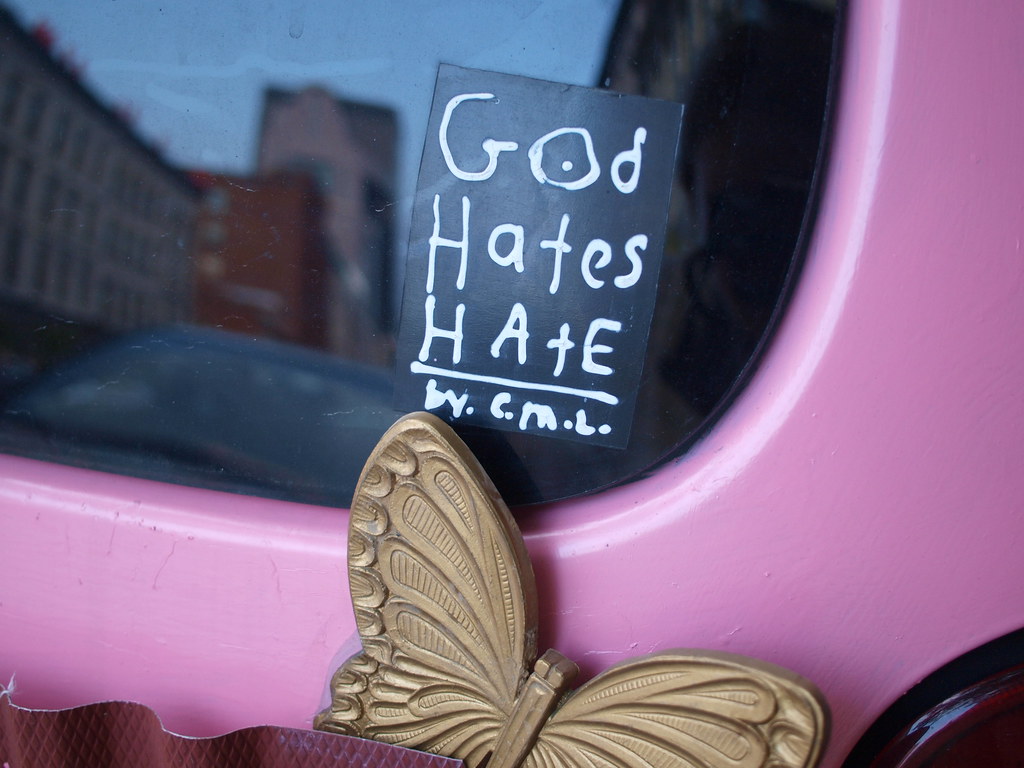 Ian William’s memories of 9/11: “no one wept except the willow”

I’m so glad to read personal accounts because that was what struck me about the media coverage from that day — and for about a week or so after — the grand hype machine had stopped, and all we heard about were real people. No politicians, no celebrities, no pundits, just news anchors talking to and about real human beings living and dying in the real world. I’d much rather hear what New York residents have to say about September 11th than politicians who were in hiding, running like little girls away from the danger.

The ABC television network unleashed a promotional blitz in the last week for a new “docudrama” called “The Path to 9/11”. ABC has thrown its corporate might behind the two-night production, and bills it as a public service: a TV event, to quote the ABC tagline, “based on the 9/11 Commission Report”.
That’s false. “The Path to 9/11” is actually a bald-faced attempt to slander Democrats and revise history right before Americans vote in a major election.
The miniseries, which was put together by right-wing conservative writers, relies on the old GOP playbook of using terrorism to scare Americans. “The Path to 9/11” mocks the truth and dishonors the memory of 9/11 victims to serve a cheap, callous political agenda. It irresponsibly misrepresents the facts and completely distorts the truth.
Join me in telling Walt Disney CEO Robert Iger to keep this propaganda off the air.
Read a great deal more about the controversy here.

An investigation by the Environmental Protection Agency’s inspector general has found that White House officials instructed the agency to be less alarming and more reassuring to the public in the first few days after the Sept. 11 attacks, The New York Times reports in its Saturday editions.

The investigation specifically cites official statements about air quality after the collapse of the World Trade Center.

The agency “did not have sufficient data and analyses” to make a “blanket statement” when it announced seven days after the attack that the air around ground zero was safe to breathe, the Times quotes the report as saying.

“Competing considerations, such as national security concerns and the desire to reopen Wall Street, also played a role in E.P.A.’s air quality statements,” the report, which has not yet been made public, said.

Fascinating Letter to the editor of Salon Magazine, by Alexander Wardwell. He believes that the notion that American foreign policy led to the World Trade Center attacks is simplistic and egocentric. Rather, the attack was a strategy to remove the U.S. from the middle east in the long-term so the Taliban can take over.

Continue ReadingFascinating Letter to the editor

THIS IS THE FUNNIEST THING I’VE EVER SEEN: Apparently, an islamic protestor downloaded photos of Osama Bin Laden to create a pro-bin Laden poster for a street protest. One of the photos they happened to grab off the Internet, was from the Bert is Evil website, which had a faked photo of Sesame Street’s Bert with Osama bin Laden. So Bert end up on anti-American Protest posters, which were then photographed heavily and distributed to the press.

This Salon article I found expresses well what I’ve been trying to figure out how to put into words over the last week. I don’t believe the terrorist attacks are something we brought on ourselves because of our foreign policy over the last three decades.

I think they’re an attack on modernity. They’re an attack on our contemporary way of life, and on our secular, consumer behavior. Furthermore, (this is going beyond what the article says) I don’t believe that Osama bin Laden is himself a devout or fanatical Muslim, or that he really wants to attack us because we’re decadent and irreligious. That may be true of his followers, but not of him. I think, for him personally, it’s about power. It’s about gaining control, and fanatical religion is just a tool that he’s using successfully, ala Machiavelli or Sun Tzu. If he were really as devout as he claims to be, he’d have flown the plane himself. And because of these things, we have no choice but to kill him.

I’ve been saying for years that the only legitimate reason to have nuclear weapons would be to defend against a direct attack on the US, and that I the only reason to have a military would be to protect against invasion or attack on our country, and if that every happened, I’d buy a gun and be ready to defend the country myself. I haven’t changed my mind. Frankly, I think we should drop a nuclear bomb on Afghanistan. We have every right to do so; they killed Americans on American soil. There’s no better reason than that to drop the bomb. In fact, it’s the only legitimate reason to do so, and if we don’t do it for this situation, why bother having them at all?

All this bullshit about not killing “innocent civilians”. Um, THEY killed OURS. If we can’t do so in turn, what’s the point? What’s the point of the “war on terrorism” at all? Why not just open the damned borders and let them in?

Operation Infinite Justice? A ten-year war on terrorism like the war on drugs. Okay. Clearly the president has no plan.