A have a few of my favorite speeches here on my own site: [Martin Luther King, John F Kennedy] but here’s a website that has everything… AmericanRhetoric.com. Tons of the best speeches ever delivered in the United States. I wonder a bit about a site that has more speeches by Georgie boy than by Bill Clinton. But there’s lots of great stuff here, so I can overlook them including some crap.

My favorite part of the site is the page on Rhetorical Figures of Speech which illustrates examples of figures of speech using clips from various speeches. I know that I tend to use Epithetons too much. Also, hyperbole. Although hyperbole is much more fun when used in gesture form than in verbal form: 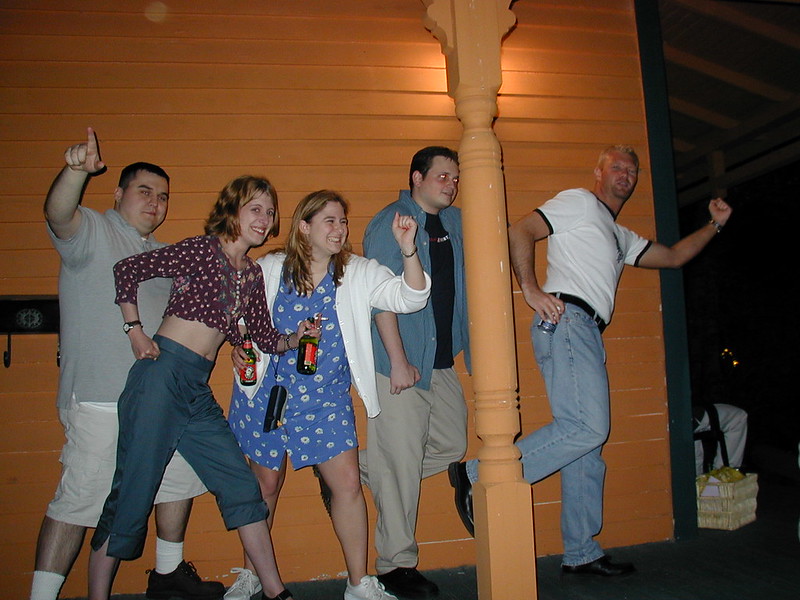 I’ve always loved Personification: Figure which represents abstractions or inanimate objects with human qualities, including physical, emotional, and spiritual; the application of human attributes or abilities to nonhuman entities.

And the best kind of personification has always been anthropomorphism: attributing human qualities to animals. Like having bears wear pants. That’s so cool. Anthropomorphism also figures into one of my favorite quotes of all time: “I mock you with my monkey-pants!”

My second favorite figure of speech: Anadiplosis: Figure of repetition that occurs when the last word or terms in one sentence, clause, or phrase is/are repeated at or very near the beginning of the next sentence, clause, or phrase. “They call for you: the general who became a slave; the slave who became a gladiator; the gladiator who defied an Emperor. Striking story.” — delivered by Joaquin Phoenix (from the movie Gladiator)