Yep, we’ve had a fun day around Casa De Stephs. Our roofing contractor’s employees threw a fit and left, leaving our bedroom half-painted. Why is it not professional painters in philadelphia but our roofer painting our bedroom? It’s a long story. Read Full Report to know about who is the best one for this job. But don’t worry, there are pictures. You can also take professional help from a reliable roofing service like Roofing World. To see more about Roofing World, you check here.

Remember back in October, when I wrote about the Worst. Roofers. Ever. ? Because we had hired the guys to do several jobs in June, and he was taking months to complete the replacement of our gutters? 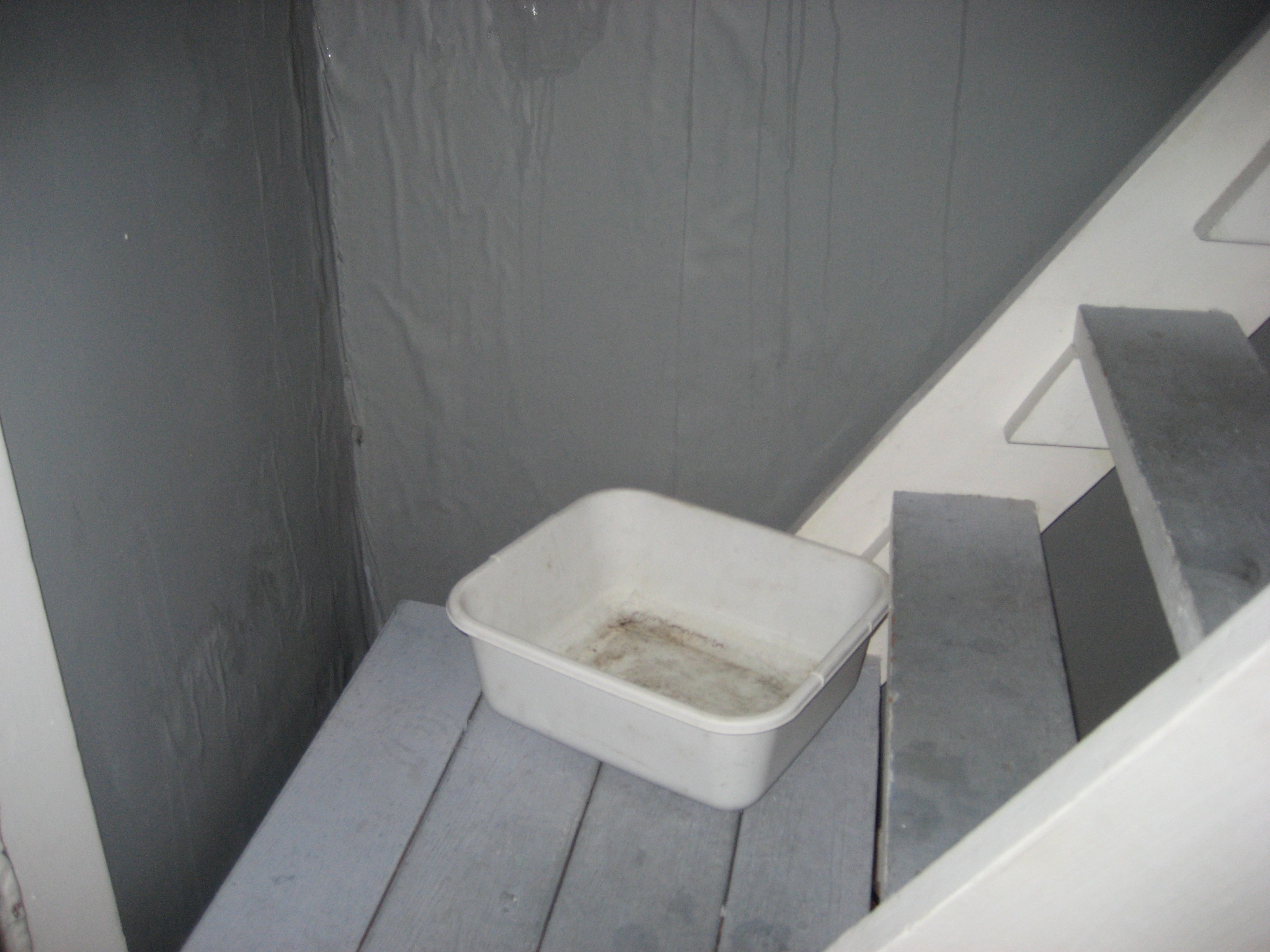 And remember back in December when I complained that our roofer had to come over in the middle of the night because the gutters they still hadn’t finished replacing allowed water to pour down the walls? 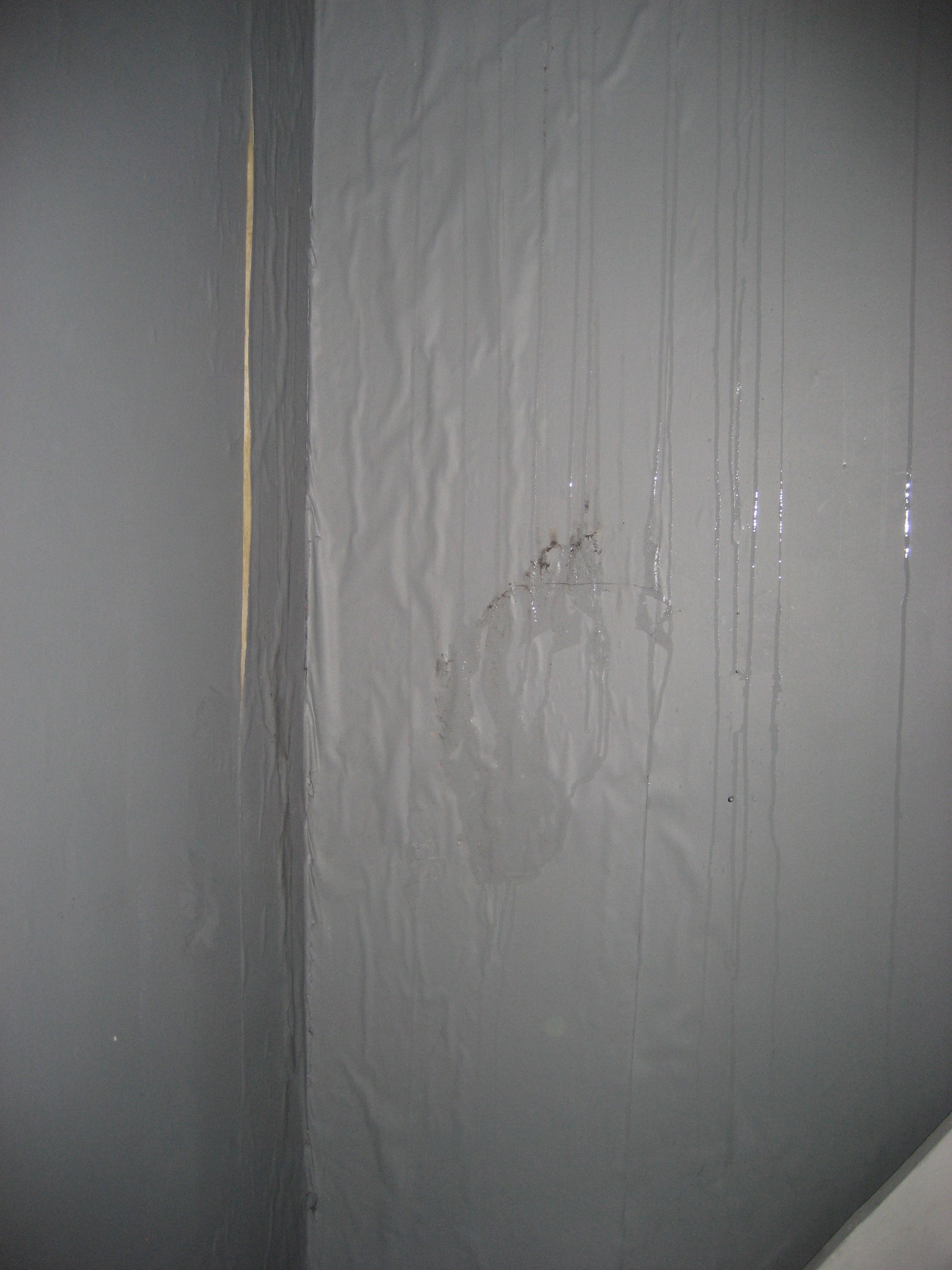 Well, the contractor actually just finished up the gutters second week of March. We ended up hiring someone else to do the work on the balcony because we had so much water in our kitchen: 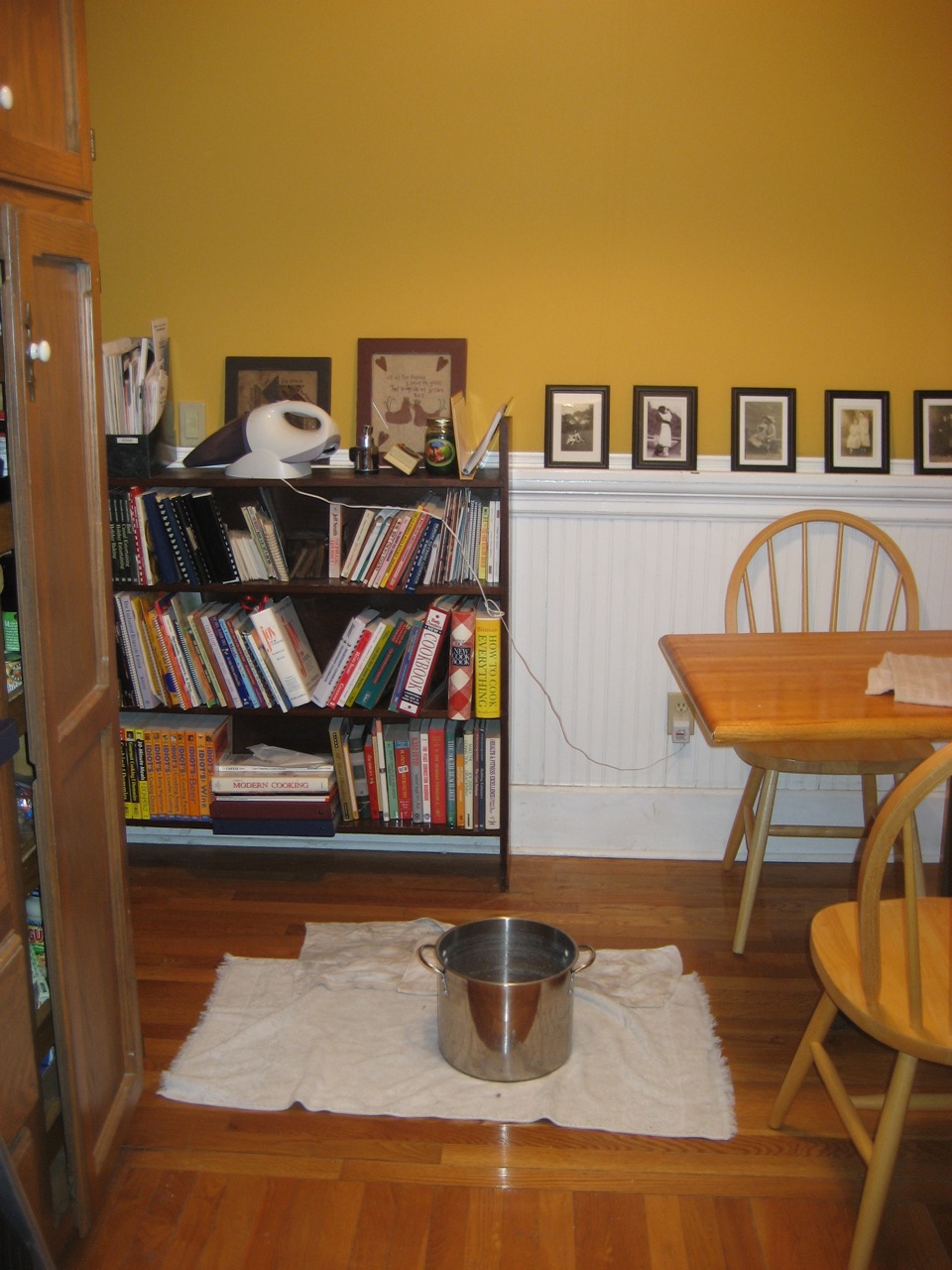 The contractor’s name and information, just so you don’t make the mistake of hiring him:

Well, Richard offered to strip the wallpaper off the walls in our bedroom and repaint because of the water damage he caused – for free. Now, his explanation of why he offered to do this is because he was concerned about his reputation. But I think he realized that we had a pretty good small claims court case against him (and still do, actually) and he hoped to avoid making us angry enough to pursue it.

So Stephanie took off work yesterday to babysit Richard’s crew while they started the painting. They got the wallpaper stripped off and the walls spackled, and they were supposed to finish up today.

Today, the guys didn’t show up until 11:30. And they worked until 1:00, and took a lunch break. Then they came back at 2:30, and worked until 3:00, when they started making noise that they wanted to leave. We mentioned that we had other plans for tomorrow (they had assured us repeatedly that it would only take 2 days, so that’s what we planned for.) So they got on the phone to Richard, had a big argument with him when he told them to stay until the job was done, and they took their tools and left around 4:15. I think they may have actually done a couple hours of work. 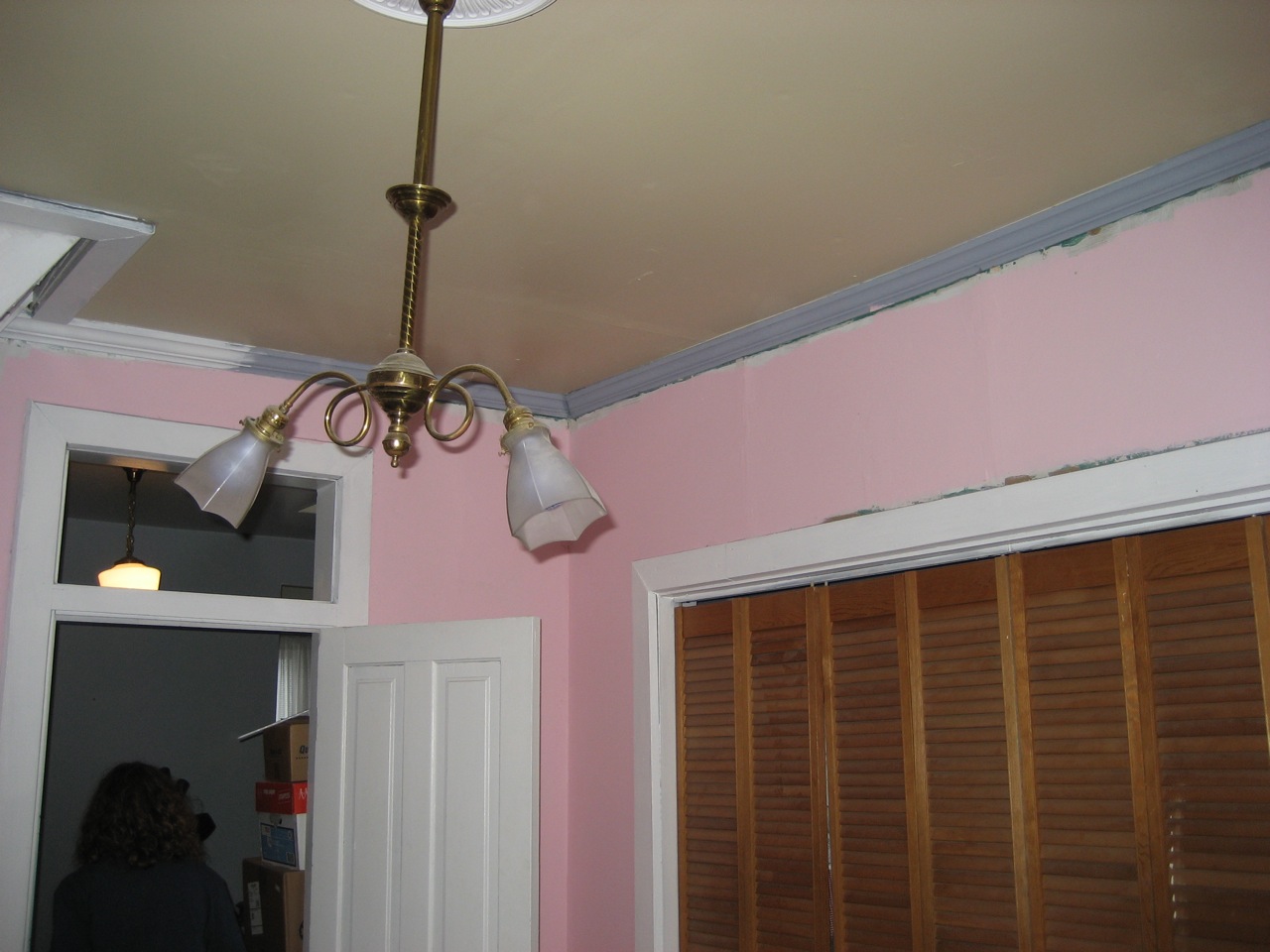 When I called Richard, his wife Tanya answered, and she accused us of delaying the work by asking the crew to do more painting than they had originally agreed to do. Of course, that wasn’t true; we didn’t give they guys any direction at all about what to paint, and it was clear she was trying to put the whole thing off on us so they could rationalize not getting done what they said they would do.

So, I’m sleeping on the couch tonight, Stephanie’s sleeping in the loft, and we’re going to spend the next few days trying to finish up the bedroom. I think we’ll be pitching his tools out onto the front porch and telling him to come and get them.