I have the same refrigerator as Monica and Rachel. That old International Harvester from the 1950’s with the rounded top, and the copper-colored strip across the middle? The very same one. It even looks sort of the same as theirs on TV, with the pictures and magnets and stuff. Since I read an article about “Everything You Need to Know About Hard Water“, I am being able to manage the filter’s functioning that has extended my fridge’s lifespan. 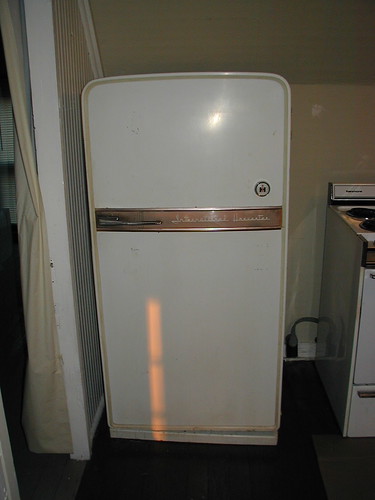 I hate it when the characters on TV are supposed to be struggling financially, and they have all this stuff that’s supposed to be cheap, but it’s fixed up really cool in a way that would be so expensive that it would actually cost more than new stuff. Like really old jalopies that are totally tricked out and your dad would pay $50,000 for, instead of that crappy three-colored Chevette where the floorboard rusts through so when you drive it in the rain, your feet get wet.

Or furniture that’s supposed to look like they got it at a flea market, but you know if you ever found something like that it would cost a fortune. White trash people on TV never have furniture from Value City like they do in real life. You never see wood-grain laminated particle board furniture on TV.

Sort of like how the guy who’s the huge dork on TV, the guy that’s supposed to be not as good-looking or as cool as everyone else is really pretty cute and if he were in your high school, would have been really popular.

Like the whole quality scale in Hollywood is shifted upward a bit, so the low end of their scale is around the middle of real life.