Situated right off the Monon on Main Street in downtown Carmel, Bubs is a popular lunch location, especially for (as my friend Mike pointed out) beefy white guys in corporate attire. It was so popular that we had to put our name in and wait fifteen minutes to get a table, and because we specified “first available” we ended up outside in the heated, awning-covered outdoor area, which was fairly comfortable even in February. 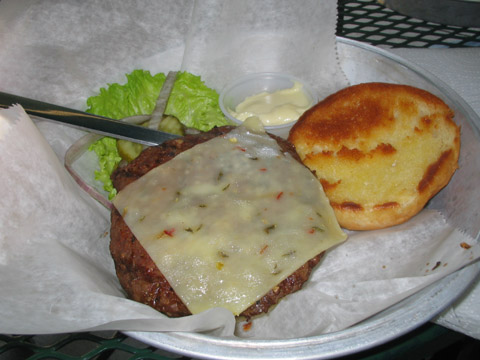 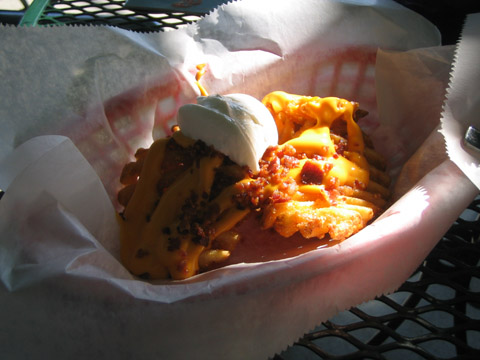 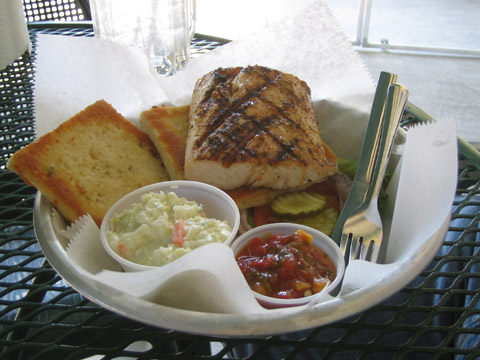